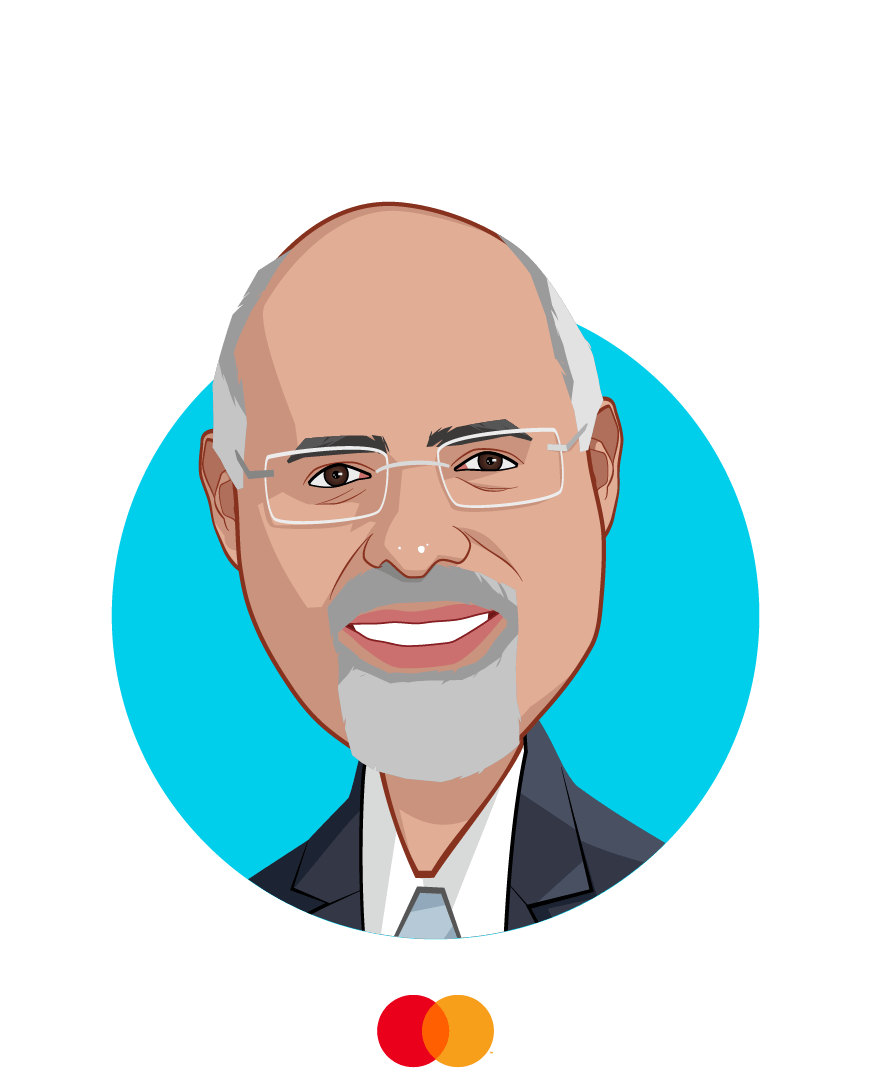 Raja Rajamannar is Chief Marketing & Communications Officer of Mastercard and President of its Healthcare business. He is responsible for building the Mastercard brand, driving business and advancing sustainable competitive edge for the company.

Mr. Rajamannar joined Mastercard in 2013, bringing with him more than 25 years of extensive experience as a global executive managing large P&Ls, as well as business transformation and innovation for companies in multiple industries including consumer products, financial services and healthcare. Since joining the company, he led a major transformation of marketing at Mastercard from being a purely branding, advertising and sponsorships platform into a more comprehensive function that is a key business driver to the business; which is now a subject of an April 2017 case study at the Harvard Business School. Mr. Rajamannar also has overseen the successful rebranding of Mastercard in 2016 – the organization’s first major rebrand in 20 years. Furthermore, he led the integration of both Marketing and Communications team to create one global integrated function. He is passionate about evolving both contemporary and classical marketing and communications skillsets to future proof the workforce.

Prior to Mastercard, Mr. Rajamannar served as Chief Transformation Officer of the health insurance firm Anthem (formerly WellPoint). He helped craft the company’s new business direction and strategy, managed its $11 billion Medicare Advantage business and led its $5 billion acquisition of Amerigroup.  He had also served as Chief Executive, international and Chief Innovation & Marketing Officer at Humana.

Earlier, Mr. Rajamannar held a number of leadership roles during 15 years with Citigroup including Global Chief Marketing Officer, Cards and Payments and Chairman and CEO, Diners Club North America. He has held senior executive leadership positions all over the globe – in North America, Europe, Asia and MEA. Before that, he spent seven years with Unilever in sales and product management roles. He began his career with Asian Paints in India.

Mr. Rajamannar has been globally recognized for the innovative thinking and leadership in business transformation he has brought to executive roles across industries. He has been named one of the “World’s Most Influential CMOs” by Forbes magazine twice, ranking #9 on the publication’s list in 2017. He has also been included in the Top 25 of iMedia’s Top Digital Innovators in the world and has been featured numerous times in the Billboard Power 100, an annual ranking of executive excellence and influence in the music industry. AdWeek has named him as one of the “Top 50 Most Tech Savvy CMOs in the World” and one of the “Top 50 CMOs Leading Charge to Transformation”. Recently he was also named one of the “World’s Most Innovation CMOs” by Business Insider. In addition, Mr. Rajamannar has been a featured speaker several times at the World Economic Forum in Davos, Switzerland. He also holds a patent in the consumer packaged goods space.

He is a member of the Board of Directors of PPL Corporation, a Fortune 500 power generation and utilities company and Cintrifuse, a Cincinnati-based public/private startup catalyst organization. He serves on the boards of the Ad Council, the Association of National Advertisers and the New York City Ballet.

Mr. Rajamannar received a Master of Business Administration degree from the Indian Institute of Management, in Bangalore, India, and a Bachelor of Technology degree in Chemical Engineering from Osmania University in Hyderabad, India.